The art of awakening…or waking up should i say!?

Stayin Grounded is important when lightnin storms inside da’ mind!

AN STAYIN’ GROUNDED when Lightnin strikes! in da’ mind!… well,
when overwhelmed, sumtimes life being difficult, so it becomes life in the now.

With every new strike!…
to integrate the past into the future truly steals frum the now,,
challenges are inseparable frum being here in dis werld,,,
but do we have to exist in our past any more?
does living in the past help today?
well, the BAD” past i have not forgiven an released…comes back whenever i focus on da’ past! so cure 2 dat is every time a negative or “BAD” memory comes up i must forgive an forget it so it don’t get in my way of today an the future! an make irrational decisions…etc etc..every time i dive..so i don’t dive a lot anymore…Not seeking the “Bad” stuff anyhow…it is senseless torture for one to let all the strikes frum the past hiot on an hurt on today an tomorrow as a result also!

~~~~~~
well to the analytical judge,,elemental. an mentally finding meaning in- an deccerning way is important at this juncture in life..or i fail an go backwards in time! Simply Said! > , the past well, does not help the future….Not the bad parts anyhow, ones got to take the good an forgive da’ bad..parts.of da’ past! an move on… 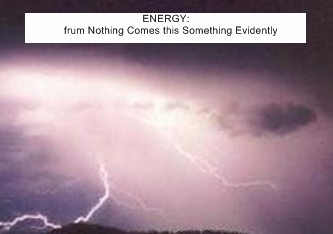 ~~~~~~~~~
Keen Perception is the key to this new reality!
Even when lightnin’ strikes again an again!
An, well Not miss-percieving what someone is talking bout is what it is all bout anyhew right….unless they are talkin’ bout something u do not agree with…well, some people don’t wish to be any part of it, because of judgements; mostly false frum the past perceptions that brought them to this point in life in the furst place,.still wit me?? Well, when Lightnin’ strikes….an one is woken up so to say or shocked into a new perception of reality, well at that point in time life can change for the better! sumtimes it takes lightnin’ to strike though an disas’ter or close happen to make that a possibility!…so as the synapses in ur brain strike away, imagine thousands of thousands of little lightnin strike within da brain!
~~

~~
to awaken the mind to anew day an a new reality to be held.tomorrow .
Maybe! well who knows.can only werk on it one day at a time as time progresses..an see if the dreams can become reality.:)
some say well, Q u are jest to hard to read.an some say well, Q> i can’t subscribe to what ya gots to say,well, so be it! is what it is to me..! 🙂
~~~~~~~~~
well, with many people it’s very simple…its the receiver thats messed up, the receiver of signals of fight or flight embedded in da’ ol brain coming to the surface so often it is….when fear is embedded in ones soul a thought can be a scary thought when it is really not…so miss interpretation is summoned upon the mind when that happens sumtimes….
there are as many different ways as there are people in a way but in the end the results are usually very similar…an the learning curve is pert much the same…
So, simply said> time is irrelevant when one is able to step back an forth frum the days of the future past rapidly as fast as lightnin’ & without judgement but jest using discernment to gather the conscious action to be taken in the future!…or even the NOW! …Comprende’
~ Q ~

PS: every one has a bottom…but only that person knows when they reach it…some peoples bottoms are deeper than others……some have more tapes frum the past to unreel to get it together for today an tomorrow…so they are not there to bother them anynmore….an forgiveness is the ONLY KEY HERE!..resentments are killers i tell ya!…an that well
IS WHAT IT IS AS DOC SAYS!
TAKE CARE OVER AN OUT
an next time lightning strikes the heart an soul with things frum the past..forgive them an move on…instead of trying to escape em….without forgiveness there is no escape…Believe it er not!……will be 20 years alcohol free here next year…so i do have some sort of clue as to what i am speakin about.take care everyone
…Q…

2 thoughts on “Stayin’ Grounded when Lightnin’ Strikes in da’ Mind” 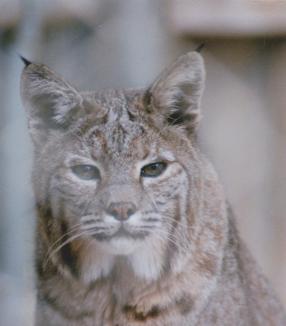